An epic patriotic drama illustrating episodes of the Polish-Bolshevik war.

An epic patriotic drama, initially consisting of two parts, illustrating episodes of the Polish-Soviet war. The film was produced at the request of the Department of Propaganda of the Ministry of Military Affairs and skillfully made by the actor and director of the Moscow Art Theatre, later a highly acknowledged Hollywood artist. Due to the fact that the subject of the film was relevant and deeply emotional for many and due to the superb cast, the film was a huge success among Polish audiences. The film starts on Christmas Eve in 1919 at the Granowski family’s mansion on the eastern borderlands of Poland. The daughter of peasant Maciej Wieruń is a ward of the Granowskis. She is in love with their son Jerzy and the feeling is mutual. On Christmas Eve the family gathers at the dinner table. Jerzy is eager to visit his fiancée at her father’s house where everybody is also engaged in Christmas preparations. In the preserved fragment of the film a different romantic plot thread comes to the fore – doctor Jan Powada, who works at a Warsaw hospital, falls in love with Ewa – the daughter of Piotr, a caretaker. By o stroke of fate they both save Wojtek’s, the youngest son of the Granowskis, life. The grateful family invites Ewa and the doctor to their manor in Kręzy. However the war with the Soviet invader intrudes the peaceful lives of the characters. An agitator Jan Rudy tries to cause disturbance in Kręzy. Doctor Powada serves at a field hospital. In order to reach him, Ewa wades through the frontline in a soldier’s uniform. In a secluded cottage she meets a travelling troupe of actors, which she joins. Accidentally they encounter a Polish army unit in which Antoś, who is unhappily in love with Ewa, serves. The comedians and soldiers jointly devise a clever, and ultimately successful, plan of an attack on the Soviets. Ewa finally reaches doctor Powada’s field hospital, and so does the wounded Jan Rudy, who later dies from a gunshot. The protagonists are saved from certain death when a Polish unit comes to the rescue. After many dramatic events, the course of war is drastically changed as a result of the successful attack of Polish soldiers on the Soviets in September 1920. The scene of the charge of Polish troops led by valiant priest Jan Skorupka has been preserved. After the war ends the couples can finally walk down the aisle. The final scenes include archival records of Józef Piłsudski being given a marshal’s baton on 14th November 1920. G.M.G.

The "Miracle at the Vistula" (1921) by Ryszard Bolesławski and "For you, Poland" (1920) by Antoni Bednarczyk – two legendary films portraiting the Polish-Bolshevik war of 1919-1920, which remained in the collection of the National Film Archive only in fragments. (…) The later and more famous due to the director Ryszard Bolesławski "Miracle at the Vistula" was an eight-act film. What remained of it is only a part composed of 39 minutes. (…) The eight-act film, produced by the “Orient-film” film company, was made of (as it was then noted) two series, meaning two parts. The first (its premiere was on March 16, 1921) used the language of advertisements of that time: it introduced active people and contained an interesting detailed connection with drama. The opening scenes took place on Christmas Eve in a manorial dome and a cottage and were evidence of the respect for tradition by members of all states.

The following generic scenes introduced romance motives which ended with two weddings in the last scenes of the film. The second part of "Miracle at the Vistula" (premiere on March 29, 1921) related events from the Polish-Bolshevik war from August 1920. In it the members of all social groups together defend Poland from the Bolsheviks. Battle scenes were often described by the press as ‘documental’, however most of them were efficiently made by Bolesławski as armed scenes. Some of them still function in numerous copies as documental pictures from the Polish-Bolshevik war. The second part, preserved until today, was humorous (most likely Bolesławski aimed to avoid battle monotony) and showed a troupe of nomadic actors accidently engaged in war activities. (…) Therefore the availability of fragments of the "Miracle at the Vistula" is especially significant for documentary reasons.

The film was produced almost parallel to the historic events it depicted. Its merit, arising from this fact, is invaluable. At the same time it is evident that the creators took the tastes of the mass audience into account, since not one, but two romance plot threads are very prominent in the film. As for the battle scenes, the scene of the Polish troops’ charge led by Father Skorupka has been preserved. It is important from the point of view of researching the ways of creating national myths and legends.

Everybody who has a Polish heart. Everybody who personally took part in the heroic battles of the former year and protected our Motherland against the enemy’s invasion. Everybody who, thanks to the unshaken heroism of our brave youngsters, has saved his belongings from plunder and his hearth from disgrace. Everybody should watch this great two-series picture titled: MIRACLE AT THE VISTULA (…) Produced in Warsaw in cooperation with the greatest artists of our stages.

They are 80 years old and incomplete and on top of that black and white, but they will rouse many viewers. They will bring together a film fan, a theatre fan, a history enthusiast and a fan of experimental music. (…) Both titles refer to the Polish-Soviet war, but "For You, Poland" takes place in 1919 and "Miracle…" is about the Battle of Warsaw. Although they were filmed many years ago in a then predominant melodramatic manner, the pictures do not seem outdated. They include many dynamic shots, e.g. during the battle scenes. The creators decided to show – realistic, even brutal – depictions of Bolshevik attacks on the civil population. They also used documentary materials. In "For You, Poland" – records of the ceremony of Vilnius’ incorporation into Poland. In "Miracle…" – records of Józef Piłsudski receiving the marshal’s baton. In order to make the background of the films’ creation clearer for viewers, additional materials include a commentary from Professor Małgorzata Hendrykowska. It provides information on, among other things, the cast of Bolesławski’s picture, called ‘brilliant’ by the pre-WWII press. Indeed, in this story which begins ‘on a Christmas Eve in a manor’s and a peasant’s cottage and ends with the depiction of August days in 1920’ included performances by the most excellent (…) – famous stage actors. "Miracle…" is the only material that shows their performances. 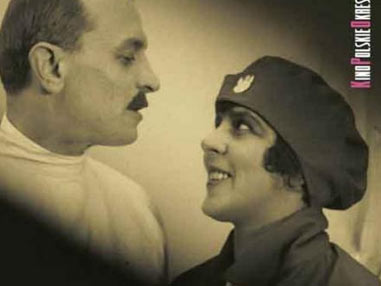 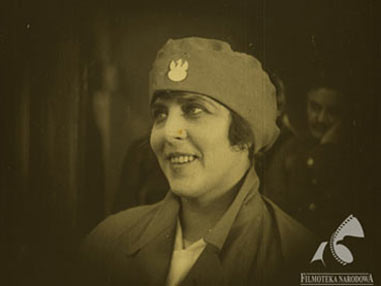 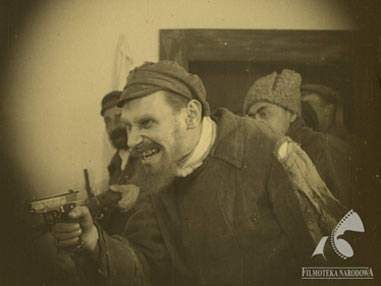 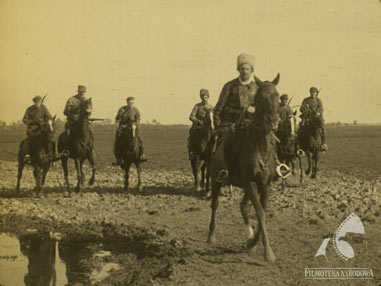 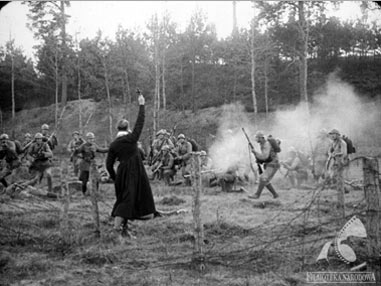 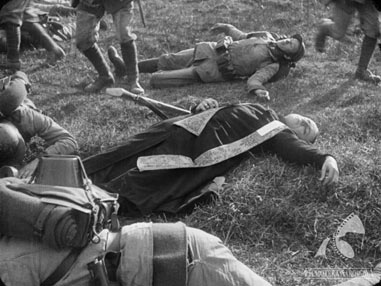 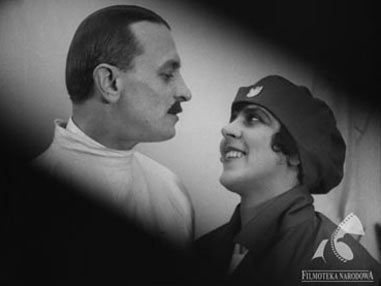 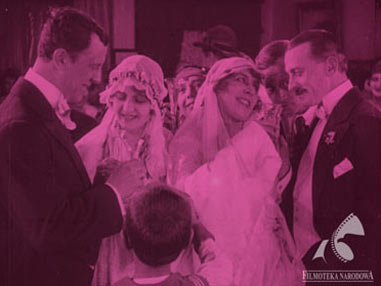 The Depot of the Dead